DALAT | A REFRESHING CITY IN THE CENTER OF VIETNAM

Called by the locals “city of poetry”, “city of love”, “city of eternal spring”, or “city of thousands of pines”, the Dalat Valley is a well preserved jewel of Vietnam. It was discovered in 1893 by the Franco-Swiss doctor Alexandre Yersin, and is located in the center of the Lang Bian plateau in southern Vietnam. Perched on the mountains and almost touching the stars, its view is breathtaking. Dalat is a must destination for all nature lovers.

On its winding roads surrounded by pines and cherry blossoms, Dalat mesmerizes through its waterfalls, lush forests and fairy gardens. The atmosphere overlooking the valley is foggy, adding to the charm of the place, a magical and mysterious air.

As stated, the Dalat Valley is not lacking in charm and offers a host of warm places. The summer season is undoubtedly the best time to enjoy the mild temperate climate of the valley.

Around a glass of herbal tea or a freshly made local coffee, we marvel at the breathtaking view over the valley. The fresh air and the beauty of the place are conducive to meditation, reading or writing. After breakfast, we take the cable car that connects Robin Hall to Truc Lam Pagoda (Buddhist temple), to erase all traces of sleep under the mild sunlight.

The scenic landscapes of the Dalat Valley offers deep moments of well-being and allows to escape gently the routine of everyday life. Without going far, it is possible to stroll along sumptuous flower gardens, the emblem of the valley. Every two years, between the end of December and the beginning of January, the Festival of Flowers takes place in Dalat where floral species from all over the world are showcased.

Calm and serenity are in the spotlight and allows us to take a calm moment sipping a cup of Nước Mía (refreshing local drink made from sugar cane). 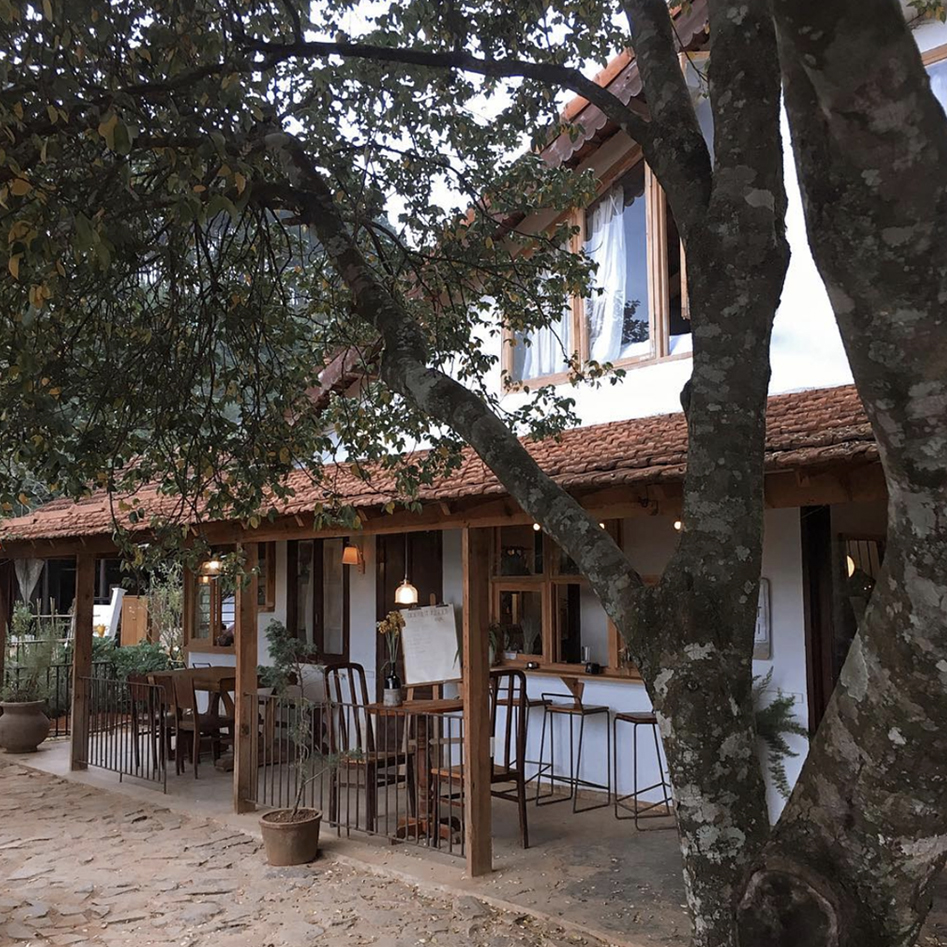 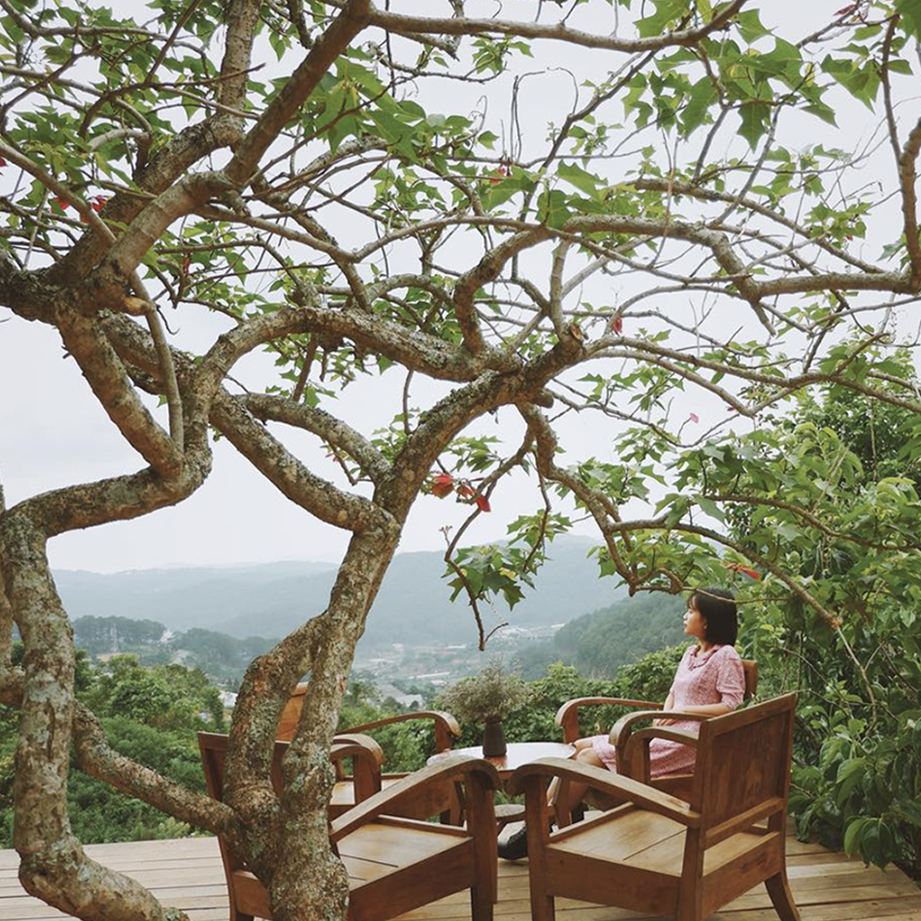 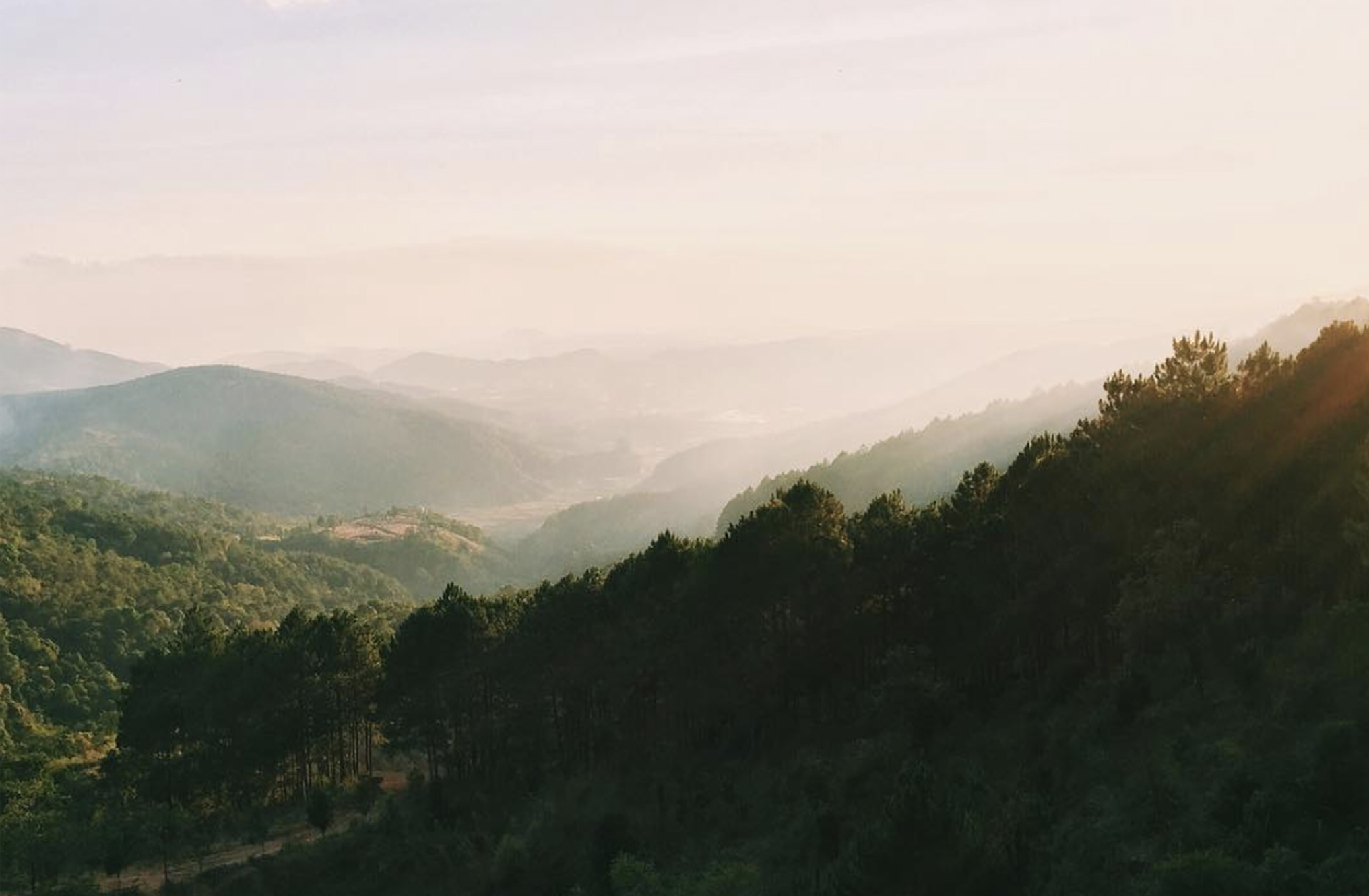 WHERE TO STAY IN DALAT

Appreciated by its spectacular view, peaceful garden, and its independent coffee shop, this homestay is excellent for lounging and letting his mind wander around a cappuccino. You can book the small cozy greenhouse in the middle of the garden, for a private dinner surrounded by water and the nature. 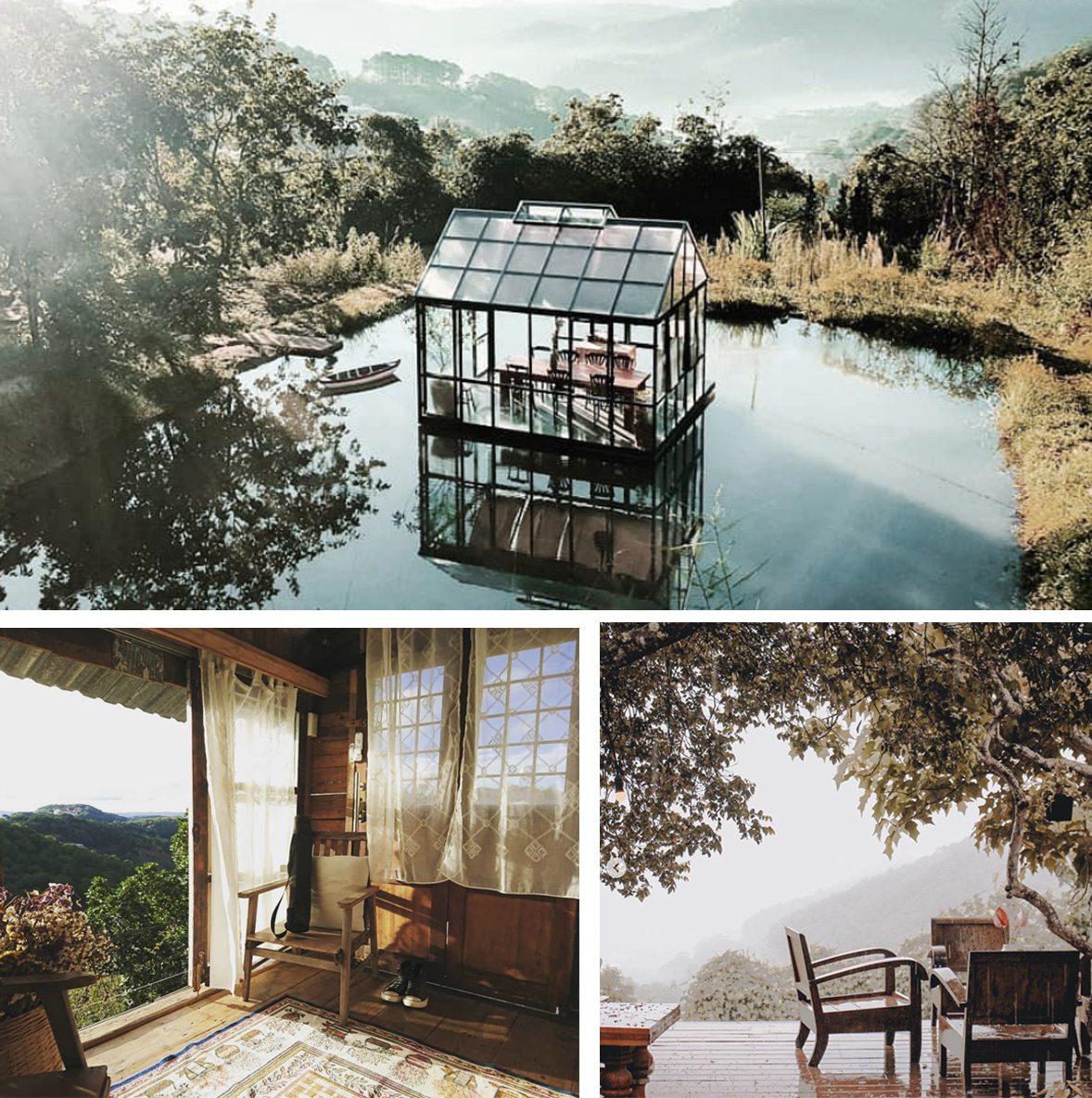 This family-friendly, trendy, vintage-style homestay is endowed with a wonderful environment where life is good. What strikes during the first visit is the omnipresence of the plants, inside and outside. A huge garden allows the relax and the kids enough space to play. 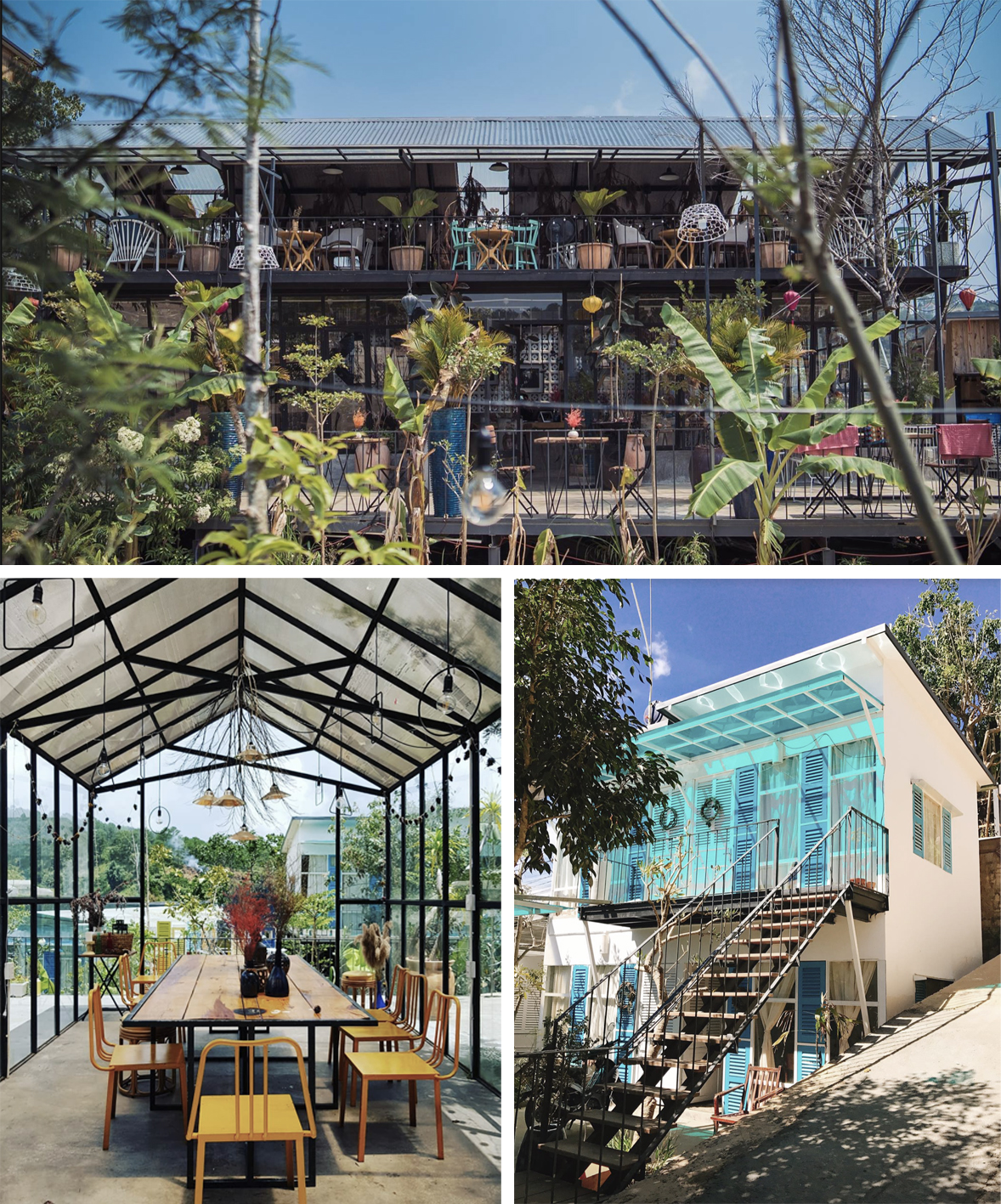 This Zen Valley resort draws its inspiration from Swiss chalets and offers all kind of activities. Take a deep dive In the infinity pool before the sun goes down to contemplate the breathtaking view of the green hills. After a good night, grab your towel and spend some time in the sauna. On the program: detox massage.

IN THE PINES (HOMESTAY)

Sleeping in a small wooden cabane in the middle of a pine tree forest? Waking up with an amazing view over the valley while listening to the birds singing? 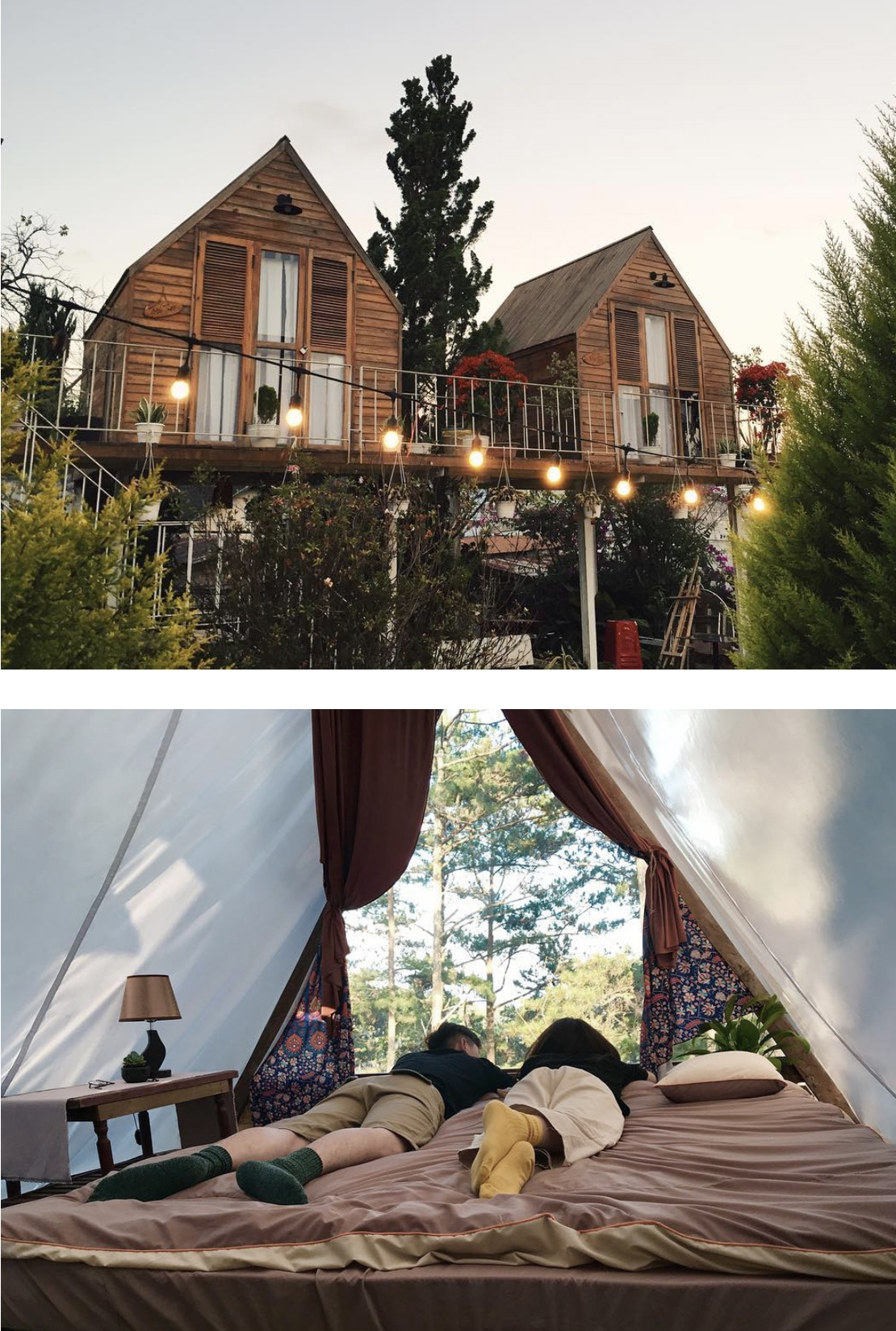 The Hill House is situated in the middle of a pine forest and combines modernity and comfort with a look worthy of the most opulent wooden chalets. Once installed and settle in comfortably, it becomes almost too difficult to go out on an adventure.

A haven of timeless peace, this chic and graceful villa looks like a lost castle in the forest. However, when you enter, we discover a welcoming place. It contains a nice terrace and an outdoor pool nestled between a multitude of trees. On the menu: well-being and relaxation. 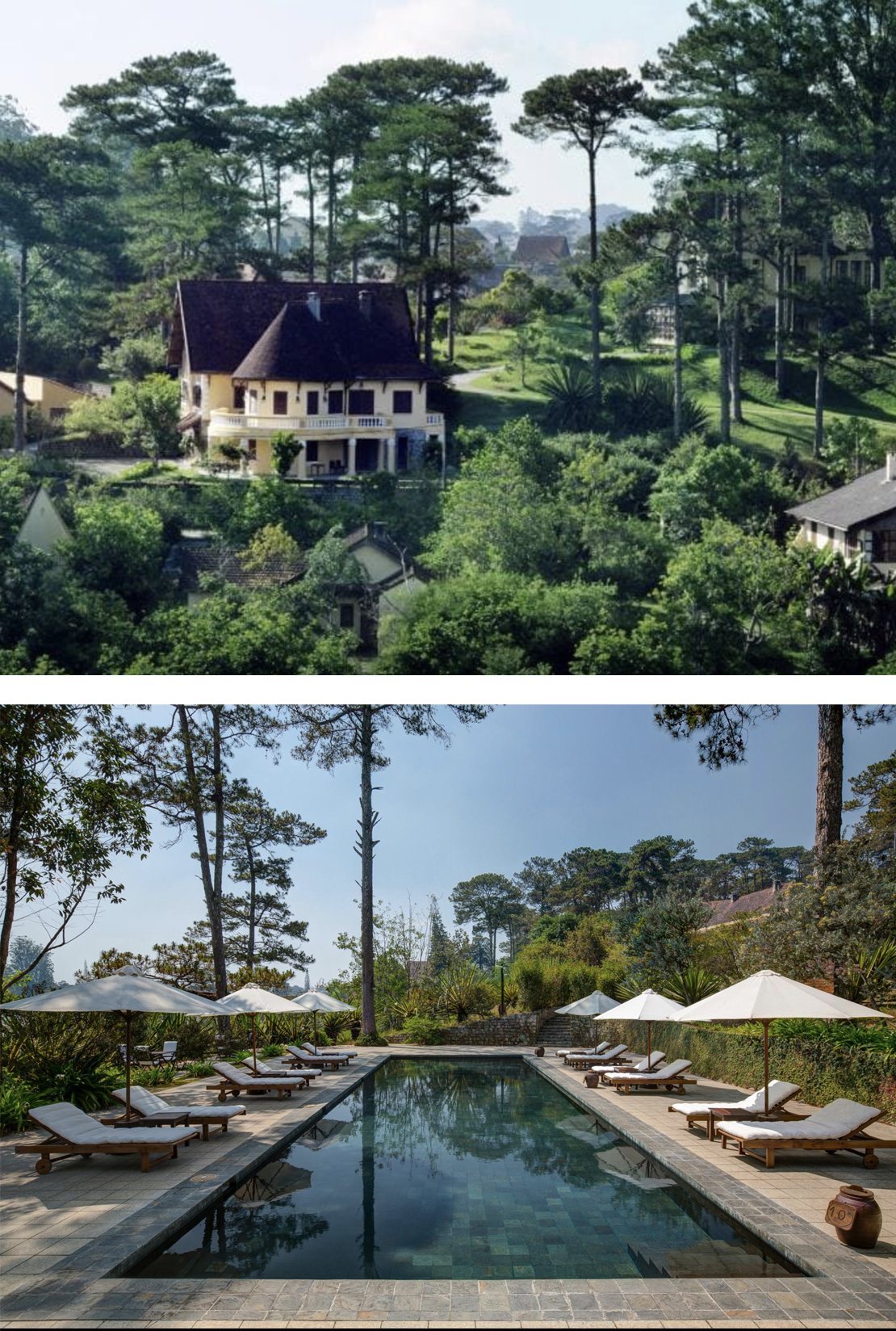 Located at the corner of Hao Hong Road, Dalat Wonder Resort is one of the most popular resorts due to its proximity to Lake Tuyen Lam where you can rent a boats and spend some quality moments . One of the best choices is to opt for one of the private chalet located directly in front of the lake.

Step 2: Take a cup of energy

In Vietnam, the coffee culture has become a huge business. Today, Vietnam is the second largest exporter of coffee beans in the world. Moreover, strongly supported by the government, many families grow their own coffee and make their business. With its worldwide recognition, the coffee shops in Dalat serve many flavor, from drip coffees to classic lattes. It’s almost a must to go there and taste the different variants and coffee preparation. One of the most famous and expensive coffees in the world is the “Weasel Coffee”. This speciality coffee is produced through a long and time-taking process. Here is a link to a very good coffee website which explains in detail this unique process. But what about the price? For 1 kg of Weasel coffee, you pay nearly $ 500 !!

In the north of Dalat, 10 km from the center, the coffee plantation K’ho opens daily its doors to coffee lovers and all those who like to deepen their general culture. This flavorful excursion puts all the senses on alert. In addition to a tour of the plantation, you can learn about the process of coffee making and taste different freshly roasted coffee .

In contrast to the big cities where people swallow their coffee quickly, because time is money, Dalat preach the slow coffee tasting. It is a national art and many come to the valley to enjoy it. Most of the local coffee shops are tastefully decorated: wooden tables mixed with vintage furnitures or a minimalistic Japanese interior, your can find a large range of great coffee shops. Most of them also serves healthy lunch prepared with products from the local farms and tasty pastries.

It is extremely difficult to choose which café to chose. Moreover, once the place is chosen, there is another Cornelian choice: what to drink? So here are several addresses of hip cafes in the valley: 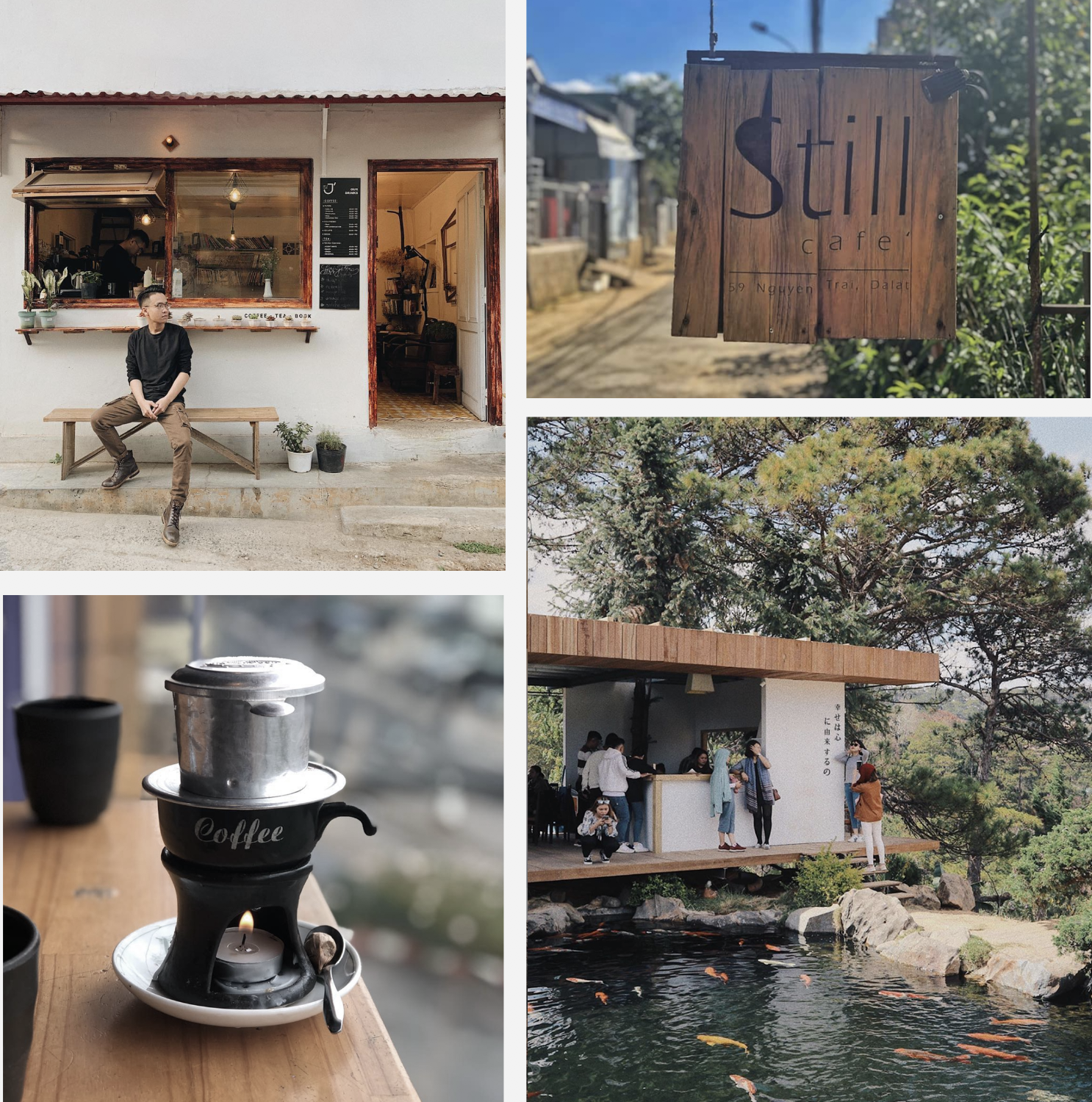 A warm and comforting Chalet between pine trees. The garden invites to relax and taste a nice capuccino. They have nice and freshly pressed fruit juices.

The large garden with its different flowers and plants let you feel like in the middle of the jungle. It’s a special place to have lunch or just enjoy a local coffee.

This coffee is our secret address and not known by lot of travelers. The baristas are just world class and the location is amazing, especially the view over the city and the valley.

Another special location you won’t find in any tourist guide. Kokoro Café is a Japanese café with a large garden and huge fish pond where you can spot koi fishes. It’s located in the north of Dalat but well worth the detour.

Dalat is a sweet paradise for photographers and it becomes irresistible not to snap or post on Instagram. Posing in front of the waterfall, in the middle of a flower field or in front of a hipster cafe is an obsession for many local tourist which we observe with a little smile on our face.

In view of a wonderful day ahead, you probably looking for an outdoor activity. Hiking, canoeing, bike riding, boat tour, etc. but what to do ?

Here is a list of places we can recommend:

Lang Biang is located 12 km from Da Lat centre and is within an easy reach by car, or a local bus. The Lang Biang Peak is the roof of Dalat, sitting at a height of 2,167 meters above sea level.  You need to buy a ticket at the checkpoint (around 1 Euro) to enter to Lang Biang. You will first walk through strawberry fields, veg greenhouses and coffee plantation and then entering the forest. Once in the forest the path is getting steep until the 2nd Checkpoint. The trek, depending on you and your families level, takes approximately 2-3 hours. Here is a link to great blog post with many useful infos.

Ba Mountain is a great spot for trekking, camping, bird watching, also exploring the culture of ethnic groups, the K’ho people. Climbing to the top of this 1,700-meter-high mountain and you will be able to observe the entirety of the majestic scenery of Dalat and Tuyen Lam Lake. 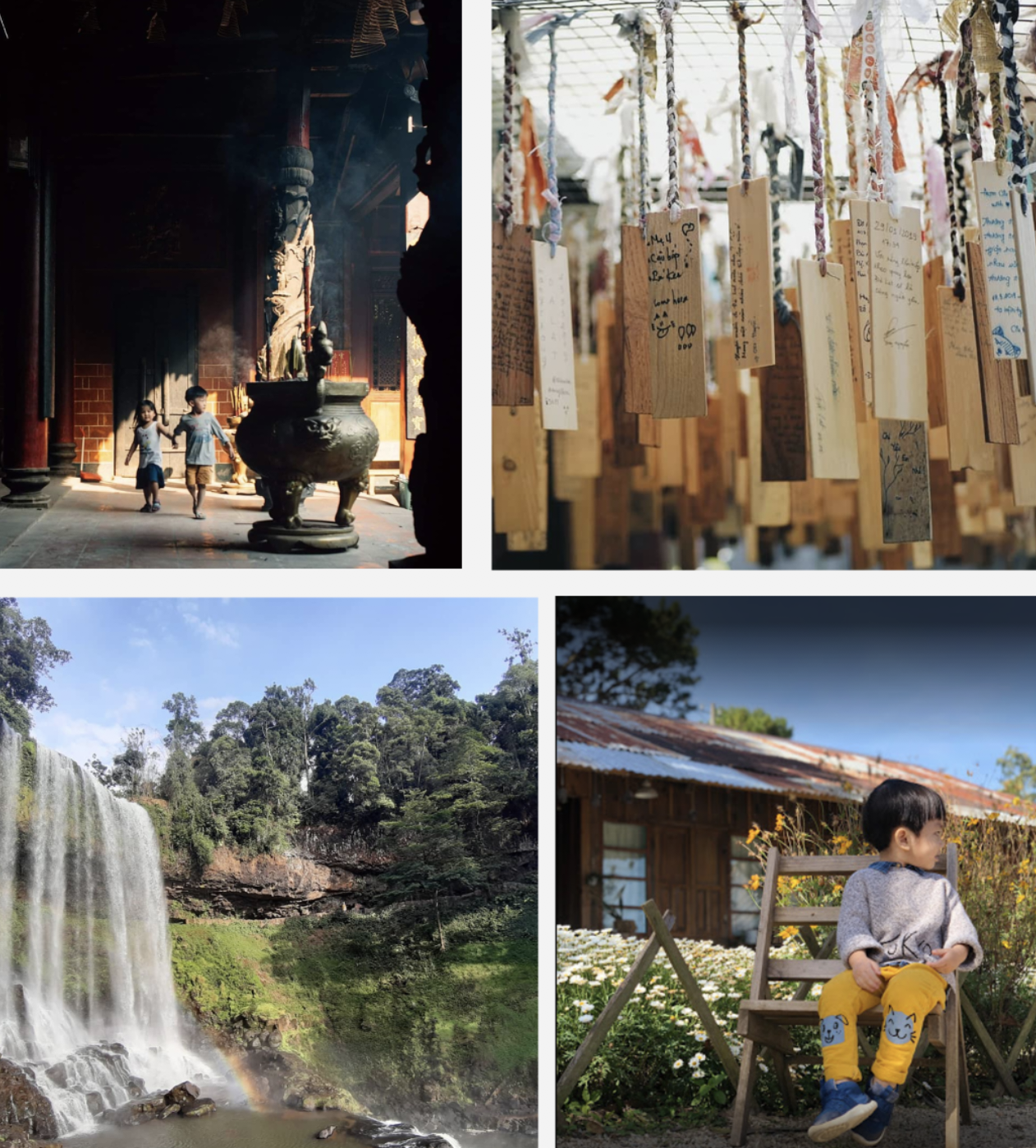 This waterfall is also known as the greatest waterfall in Central Vietnam, and it totally deserves this honorable name! The height of cascades is nearly 40 meters and stretches more 100m through terraced stones.

Read here for more info about the Pongour Waterfall.

This waterfall is located at the foot of Prenn Pass, which is 10 kilometres from Dalat. The Prenn Waterfall has a height of 9 meter and a width of 20 meter and you can actually walk under the waterfall. The area near the waterfall has been refurbished and features now a suspension bridge, cable cars, houses on stilts, tree houses, souvenir shops and restaurants.

Along with trekking, Dalat welcomes the tourists to pay homage at the famous Buddhist Temples also called as Pagoda. Here is a list of a few who are on top of our list:

Constructed in 1950s, this temple is the Disneyland of pagodas – in a good way. It crams so many  gorgeous sights in one area that you can’t help but feel overwhelmed. The pagoda has several large altars, a huge tower, and many other record-setting features like the biggest bell in Vietnam. Linh Phuoc hosts some truly amazing and inspirational works of Buddhist art. The most eye-popping feature remains the broken pottery and glass used to coat the majority of the temple.

Truc Lam is Vietnam’s largest Zen Monastery located just outside Dalat on a mountaintop with a great view on the Tuyen Lam Lake and the surrounding highlands. A cable car from Robin Hill brings you to the top for around 70,000VND ($3USD). There are nice walking paths around the monastery and you can even walk further to the Tuyen Lam Lake and enjoying the lake or have a nice boat ride.

The legacy of french colonialisme

The Valley of Dalat was discovered by the french doctor Alexandre Yersin. He created a resort center in the highlands during French Indochina and became a retreat area for the soldats to recover from the hot climate. The French colonial style still dominates Dalat and is today mixed with some brutalist apartment blocks, grand colonial villas and pretty wooden cottages.

Catholic convent open to the public. The church is located atop a hill in Da Lat. It is built in a style reminiscent of 17th Century French architecture.

The station was designed in Art Deco style which is perfectly in harmony with local characteristics and culture. Since 1991, Dalat railway station provided tourists with the 7km route from Dalat to Trai Mat station.

Vaccine Research and Production Center. It was designed by the French architect Paul Veysseyre.

The Lycée Yersin was a school founded in 1927 in Da Lat, Vietnam, to educate the children of French colonialists and upper class Vietnamese. The French architect Paul Moncet designed the building and supervised its construction. 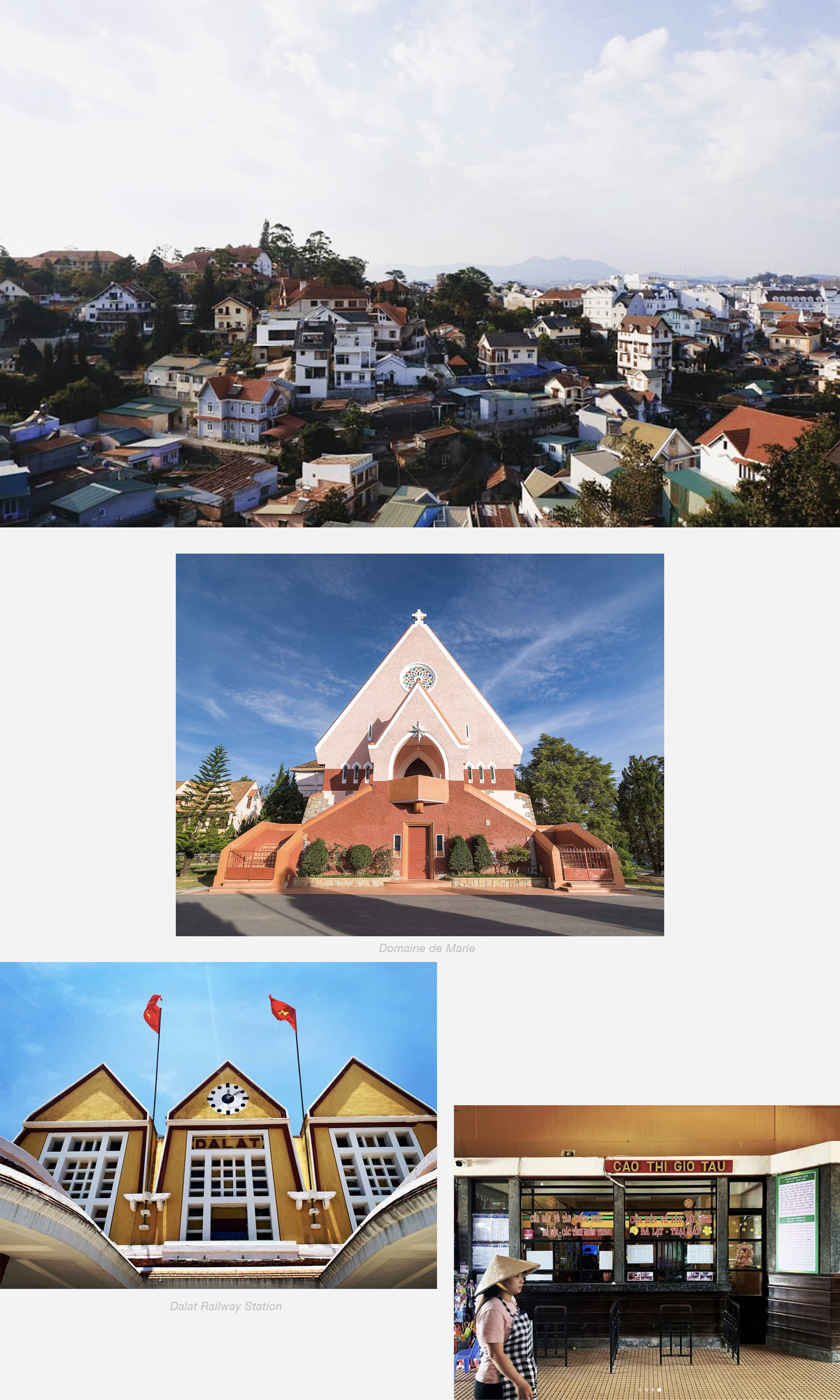 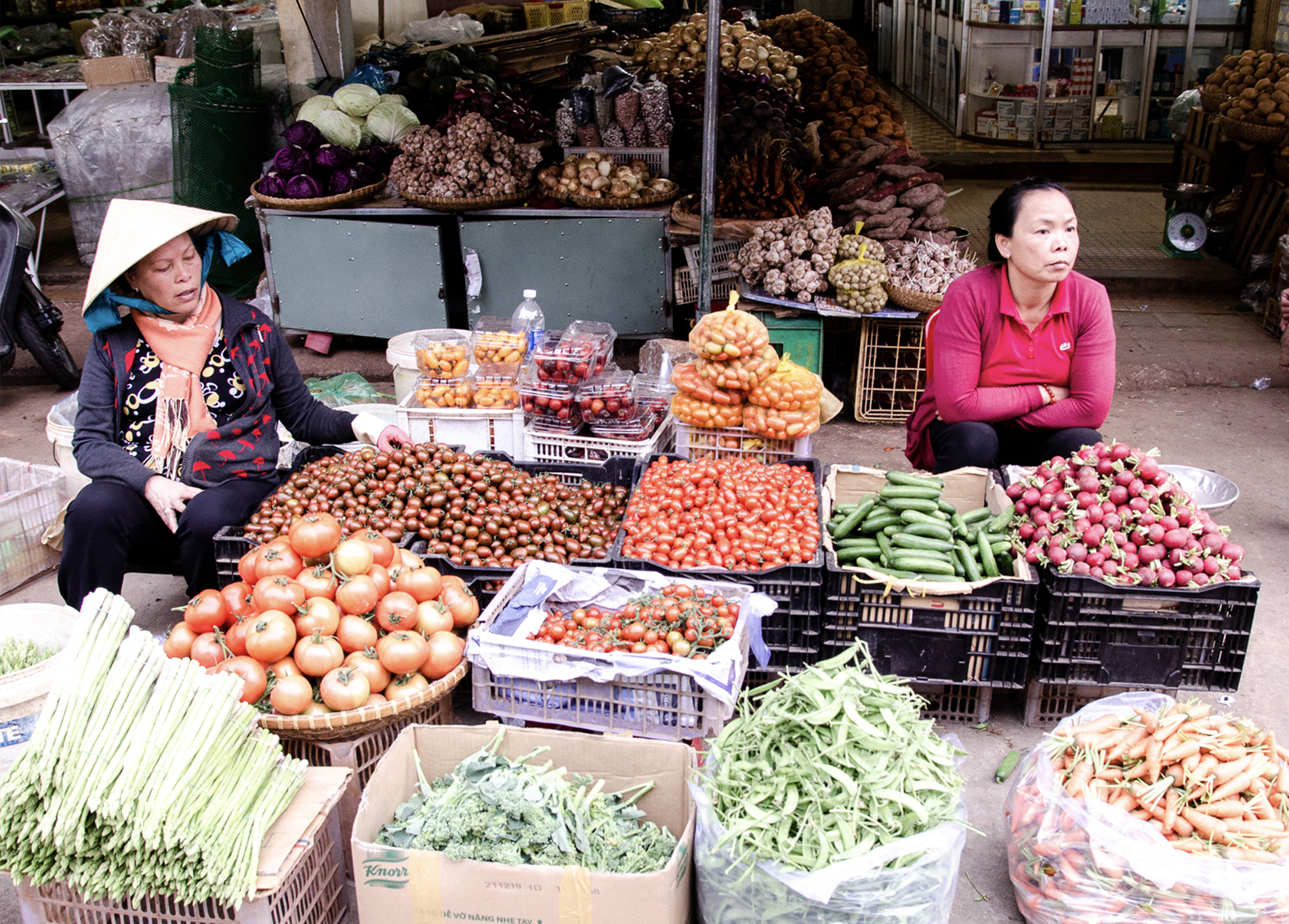 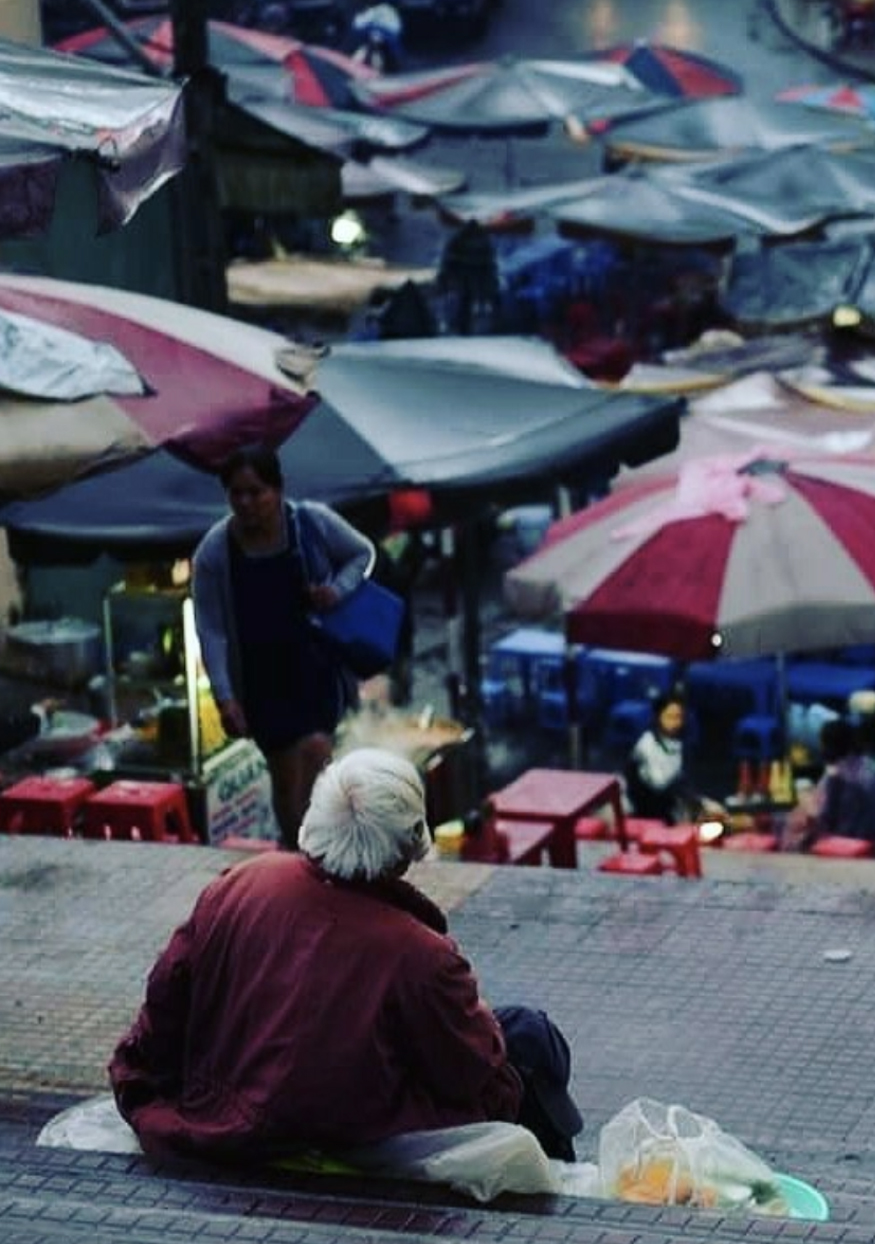 A trip to Dalat is full of unique memories. Difficult to forget the sweet scent of pine trees or the sublime vision of the valley and its highlands. To prepare your trip to Dalat, we added all addresses to the map, including the places indicated above: 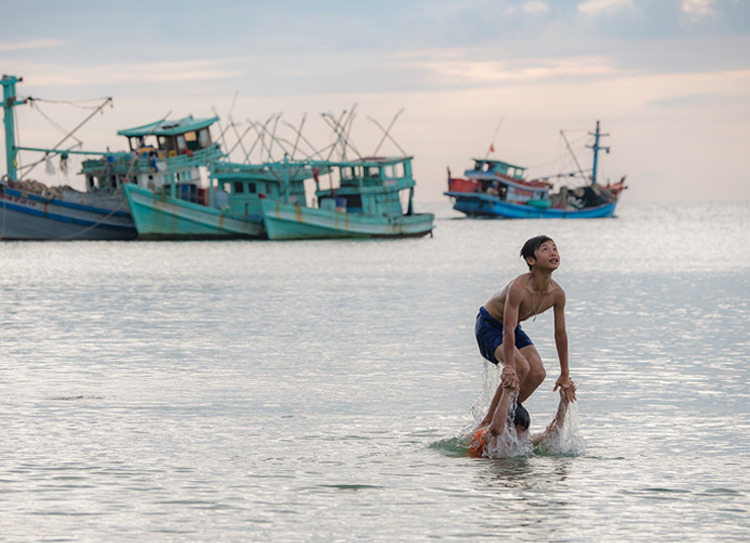 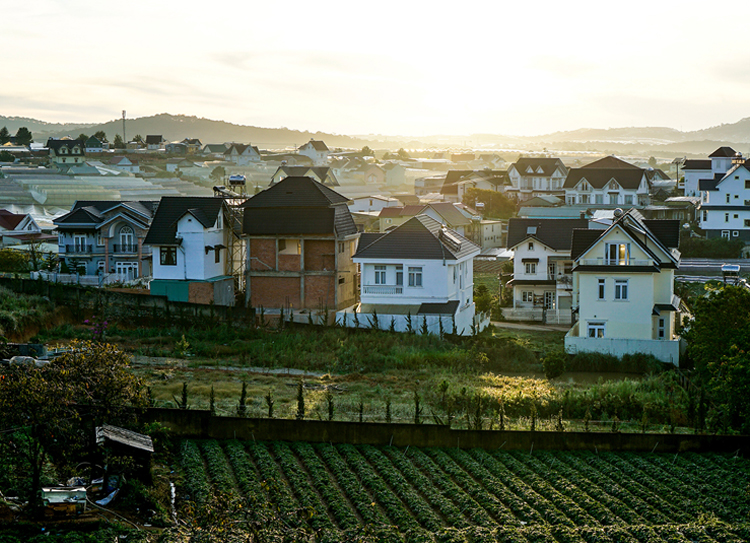 A FAMILY TRIP TO VIETNAM | A TWO WEEK ITINERARY

LANTERN MAKING IN HOI AN | VIETNAM

DALAT | A REFRESHING CITY IN THE CENTER OF VIETNAM 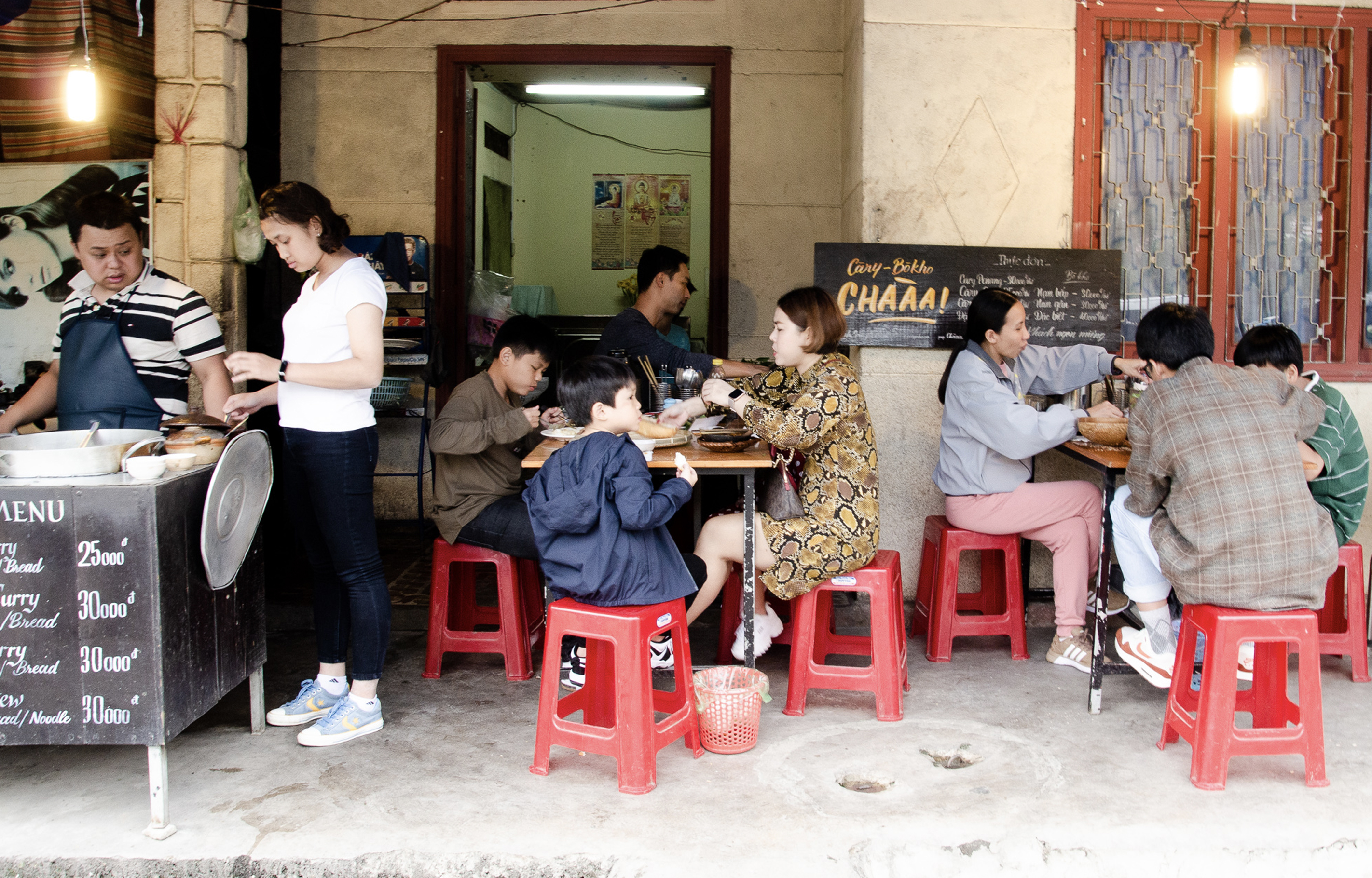